We already know how Beauty and the Beast would go if Belle had celiac disease, but what about all the other Disney characters? We may not have a food-allergic or intolerant Disney princess yet, but that doesn’t mean we can’t pretend. After all, as Walt would say, “If you can dream it, you can do it.” As long as “it” isn’t “eat gluten.”

Check out my versions of the classics, then tell me yours!

The Lady didn’t find that shared strand of spaghetti quite so romantic when, an hour later, her typical glutening symptoms started up in full force. “I should have known it wasn’t really made of quinoa,” she raged at the repentant Tramp. “Footloose and collar-free, my tail.” She never trusted a date to pick the restaurant ever again.

When Gaston was a lad he ate four dozen eggs every morning to help him get large. When this admittedly excessive regimen failed to produce the desired result, his doctor determined he was in fact egg intolerant. So now that he’s grown, he eats five dozen bowls of oatmeal instead, and it seems to be working for him because he’s roughly the size of a barge.

Ursula, that old sea witch, knew just what she was doing when she struck her bargain with the mermaid. “I’ll make you human for three days,” she crooned, “and if the prince gives you a kiss, you’ll be human forever. If not, you’ll belong to me. I ask just one thing in exchange…your gluten.” Persuaded that giving up gluten for three days couldn’t be that hard, Ariel agreed. But when she found that Ursula’s minions were plying the prince with the bread and cupcakes she’d forsaken, Ariel realized the catch: if she kissed the gluten-eating prince, she wouldn’t herself be gluten-free. When the sun set on the third day with her end of the bargain unfulfilled, Ariel lost her legs, her prince, and her freedom—but at least she regained her gluten.

Aladdin finally realized that those loaves of bread he kept stealing from the market weren’t doing him any good. And not just in the criminal record department, if you know what I mean. But when he asked his magical friend for help, Genie wrung his big blue hands and said, “Sorry, pal, even I can’t help you with that. Celiac disease is incurable, you know.”

Cruella was gung-ho about collecting the Dalmatians’ coats for her own—until their fur began falling out, that is. Then she lost interest and set them free. Little did she know it was caused by malnutrition from gluten sensitivity and could have been easily solved by switching kibble brands. When the pups found their way home—all 101 of them—their story was picked up by news and talk shows across the country. A successful online fundraising and awareness campaign paid for their new, more expensive dog food and, as a bonus, sought out and brought to justice Ms. de Vil, who had since moved on to terrorizing animals with better functioning immune systems.

None of those sorry excuses for men could manage to shimmy up the climbing pole, much less fight off a horde of Huns. But when Mulan cut wheat out of her diet, her brittle bones recovered and her energy soared—as did she, right up to the top of that pole. These days she’s such a changed man—er, woman—that when she looks in the mirror she still can’t recognize her reflection.

Once the celiac disease epidemic had reached epic proportions, human beings fled the planet, leaving behind only a few robots to scour away every trace of wheat, barley, and rye that remained. They planned to return one day, but with their newly healed digestive systems absorbing nutrients aplenty, they quickly became fat and complacent. And why risk the cross-contamination? Years later, just one lonely robot remains, diligently uprooting stalks of wheat. But the real story begins when Wall-E starts exhibiting signs of gluten sensitivity, too…

Do you have a new ending for Wall-E or a gluten-free or food-allergy/intolerance spin on The Jungle Book, Ratatouille, or another one? Who’s your favorite Disney hero(ine)/villain? Let me know in the comments! 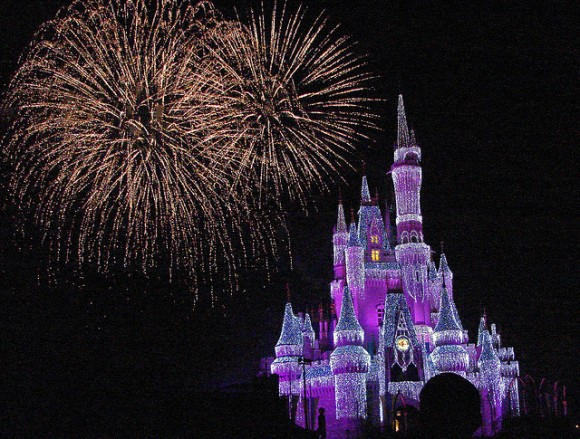 Pssssst…If you liked this post, check out the fairy tale edition, too.