Symptomatic celiac disease driving you crazy? Then try CeliAction with me!

“The definition of insanity is doing the same thing over and over and expecting different results.” A whole bunch of dubiously wise people have told me that. The quote’s attributed to every famous smart person ever, usually Albert Einstein, and it has a certain ring of truth. So I hope you won’t blame me for wondering . . . 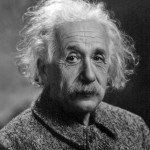 I’ve been dutifully eating gluten-free for nearly a year and a half. But despite saying no to wheat, rye, barley, and even oats over and over again, I’ve seen so little improvement in my health that celiac disease is starting to seem like a sick joke. I can’t help but wonder: Are all those people who claim to recover just punking me? Are you? Is it crazy to continue a rigid, socially hobbling diet without any signs that it’s working?

Luckily, when these questions were threatening to make me really insane, I found a great Psychology Today article dismantling this “definition of insanity.” Ryan Howes argues that many use the cliche as an excuse to avoid the long-term, difficult, and sometimes thankless work of self-improvement. They confuse perseverance—a “strong, valuable quality”—with perseveration, a particular psychological issue. Howes writes:

Repeating the same constructive behavior over and over, hoping (one day) for a positive result is difficult but virtuous. . . .

Perseveration feels compulsive, hopeless, helpless, automatic and unsatisfying. There is a desire to stop, but stopping doesn’t feel like an option. Perseverance feels like striving toward a noble goal, and whether or not it’s reached . . . there is virtue in the effort.

Now, I can’t say that avoiding gluten never feels compulsive, hopeless, helpless, automatic, or unsatisfying. But usually, I feel I’m doing something constructive in hopes of (eventual) better health. The day-to-day results may be nil, but I won’t be giving up my diet anytime soon.

On the other hand, just as it’s not crazy to keep striving in the same way for a noble goal like health, it’s also not crazy to try something new. If you aren’t seeing as much progress as you’d like, it’s a good, sane idea to take extra steps that might help you reach your goal and keep you from going nuts along the way.

That’s why I’m excited to report that I have enrolled in the CeliAction Study!

The CeliAction Study is testing ALV003, a medication intended to break gluten into pieces too small for the immune system to recognize. Even careful people like you and I probably get trace contamination; this drug may keep our immune systems from punishing us for it. It’s worked in a test tube, and only science will tell whether it works in humans.

Now, I don’t believe in medicating problems that have effective, simple, non-pharmaceutical solutions. But I do believe in medicating everything else. If the gluten-free diet were good enough for everybody, I’d be shaking my head at those money-grubbing drug companies with the judgiest of ’em. But for many, it isn’t. I believe that developing new therapies for celiac disease is a necessary cause, and I look forward to supporting it. If you’re interested, I invite you to join me!

You can enroll if you have celiac disease, have been gluten-free for a year, still have symptoms, and are close enough to one of the many study locations (see contact info for the Columbia location here). You’ll continue on your gluten-free diet and do a few other things over the course of 28 weeks: 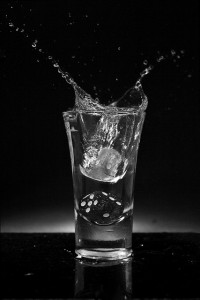 Only 30% of participants get the placebo, so odds are OK you’ll be drinking the real thing. (Photo © Dennis Skley | Flickr)

Like another infamous study, it’s placebo controlled (and double blind), so you won’t necessarily get the drug, and either way you won’t know. You also have to show ongoing intestinal damage in the first endoscopy to be given the drug or placebo. But IF you get the drug, and IF it works, THEN your quality of life might improve.

If those ifs don’t work out, at least you get to be one small cog rolling forward the machine that is scientific progress. Plus you get paid (cha-ching!), and if you’re loving the drug at the end, you get to keep taking it for a while. (Unclear whether that holds if you’re on the placebo. But hey, if the placebo works I’ll take it.)

It’s quite possible I’ll hate the phone calls by the end of the study, and maybe I still won’t feel better. Maybe I’ll feel crazy for having gotten myself into this.

But mostly, I hope, I’ll be happy that I’m persevering toward my noble goal of better health. And if you’re still striving for it yourself, I’ll appreciate the company. Us crazy people gotta stick together.

Does managing a special diet ever make you feel a bit insane? What new things have you tried in pursuit of health? Are you considering the CeliAction study?

25 thoughts on “Symptomatic celiac disease driving you crazy? Then try CeliAction with me!”